Back to Blog
Marketing

Help! I am posting on social media and nothing is happening!

Why are you posting and NOTHING is happening?

You’re Not Telling them Why

I know this sounds like fluff, but bare with me, it’s actually very important. I’m constantly running into fan pages who are now using Facebook, but haven’t set a cover photo – that’s just lazy. There’s countless fan pages, Twitter accounts, and Pinterest accounts, with no bio whatsoever. If you don’t let people know what you’re about, how are they supposed to know whether they want to follow you or not? You need to start with the basics before you jump into the entire world of online marketing. Do your profiles connect? How long does it take your mom to find your contact information. Seriously, ask her how long it takes to find the number and then call it. Does it work?

Sharing is caring, and that’s exactly what social media is all about. You want people to constantly share your content over their preferred networks, because that provides you with traffic and recognition. But for people to share, you really need to make it easy for them. You have to remind them that they want to.  You need to actually asking people to share it. Something like ‘Sharing is caring, if you think others would enjoy this post too, please share it’ in your footer works really well. It adds a little bit of guilt to the reader who feels like they should be sharing it, and it reminds them that they can share it too.

Just ask, you may be surprised by the results.

I get it, you might not have much content just yet, but that’s no excuse. I post at least five times a week on my Facebook, just to let people know I’m still there. Facebook in particular will vary the amount of people who see your content, dependent on how active you are. You need to make yourself known.

You’re Posting at the Wrong Time

Check your Google Analytics, and see which countries send you the most visitors. If you’re anything like me, it’s the US and the UK. You need to time your posting so that is matches up with the right countries. I post on Twitter all day, but lets have a look at Facebook and Pinterest, which I post to at different times.

You’re on Too Many Networks

Jack of all trades, master of none.  You’re better off focusing on a few different aspects of social media, rather than every single social network available. Don’t spread yourself too thin.

If you’re anything like me, you probably have a notebook with a never ending list of stuff that needs doing in it, and there never seems to be enough hours in the day. Social media is only a small aspect of all the work that I do in a single day. The traffic can be good, but I need time for many other tasks too.

Grr, this is a real pet peeve of mine. Yes, I’ve admitted to my Twitter being mostly automated, but there are exceptions to the rule. Firstly, even though Twitter doesn’t technically allow automation, it’s widely accepted by Twitter users, so long as you’re providing a service that they’re looking for. I have my human side of Twitter where I reply to tweets, and post from Facebook and Pinterest, but the automation lives on, and that’s fine.

Now lets look at when automation isn’t allowed. People like to talk to other people, not robots. I see this mistake all the time, and I’m pretty adamant that people stop making it. You can automate some of your content but make sure you respond!

Your Readers Don’t Know You

This might seem like an odd one, but it fits in nicely with the point I made above about being automated. People want to make a connection with a person, not a machine. The same goes for companies or websites; if you can put your face on it, you’ll find that people are more likely to follow you as a person. Ask them questions, engage with them like you’re having a real conversation!

What are Social Media for Business Likes Worth? 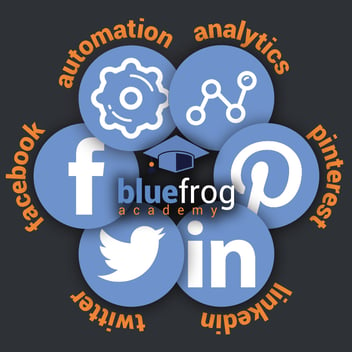